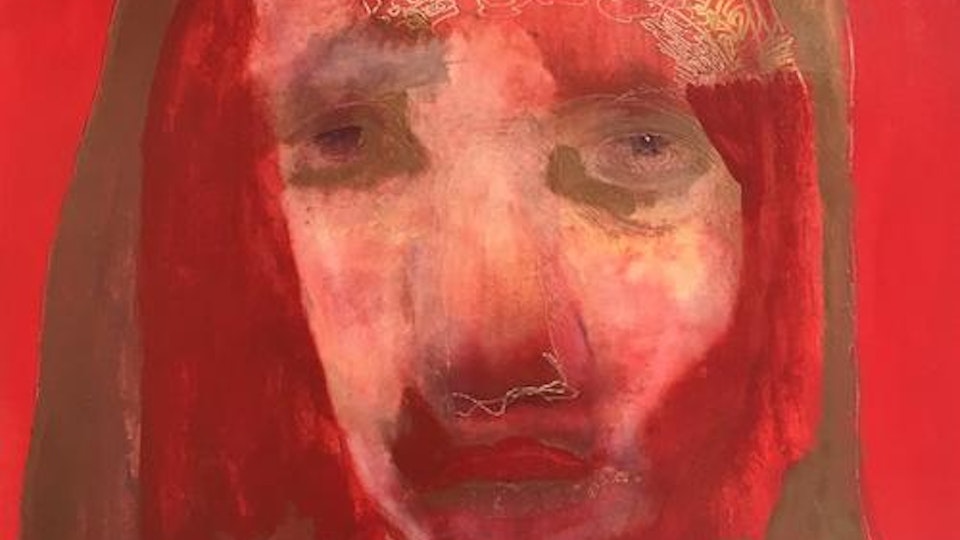 For over a century The Lock-Up was a holding pen for individuals who by mishap or violent agency found themselves sliding into the brutal world of incarceration. For some it was a brush with life’s underbelly, for others a way of life. Today, the heritage-listed slammer is a site of desire for artists who recognise an opportunity to shine against its sombre history and to make new worlds. Spectral stammers may linger in the masonry but moral judgments vis-à-visvice and virtue are long since buried, overwritten with new challenges: to join forces through diverse artistic means and to stimulate not just a community of senses, but a sense of community.

Sally Bourke and Jamie North – like most prisoners – were unknown to each other before intersecting at The Lock-Up in 2017. Even so, they inhabit the same world of contemporary practice in which ‘place making, world picturing, and connectivity’ are, according to art historian Terry Smith, ‘the substance of contemporary being.’[1] If this at first seems too broad in scope, it does give an entry to point to understand the parallels and to appreciate the tensions between two bodies of work so oppositional in form.

North’s elemental architecture and Bourke’s archetypal portraits occupy the oppressive spaces of the building in determinate ways. Both artists are beholden to the respective traditions of sculpture and painting, but they push against the temporal and stylistic boundaries of modernism in true contemporary fashion. Inevitably indebted to personal memoir and private passions, they both share studio practices informed in discrete ways by Australia’s suppressed histories and darker narratives.

We all do it to some degree: communicate with the spirits of the dead, albeit without aim or expectation of bringing them back to life. Our communion with the past is an abstract practice, sceptically informed. Nevertheless, necromancy practices us at will, driving artistic intent, shaping imagery and pervading content in subliminal ways. While grief fades and tragedy’s detail is lost over time, trauma inevitably leaves a mark which appeals for tacit recognition, if not direct representation.

In the 1930s North’s paternal great-grandfather was killed working the slidings at John Lysaght & Co., a local steel manufacturer which along with BHP was one of the principal employers in Newcastle through the 20th century. His ancestor’s death was one of thousands of industrial work accidents that lie deep in working-class family archives and in North’s case, a history repeated in 1991 when his father died in a roof-collapse at a central coast colliery.

Bourke is walking with younger ghosts. The loss of two close artist friends within two years – both vital figures in Newcastle’s art community – marked a turning point in her subject matter and confirmed her métier. Countering the exhausted but recurrent claim that painting is dead, Bourke is keenly aware that the dead can’t paint – and that you only have today to rest your case.

At a more universal level, necromancy calls out the violence of colonisation and dispossession that we all inherit in varying degrees. Such scars take myriad form, manifested in local particulars across culturally diverse communities, absorbed unconsciously by the artist and sublimated through the work of art. At its most persuasive, art making transcends personal ghosts to make corollary with past events and future portents. North’s site-specific, environmentally charged incursions find resonance in a range of locations. His commission for the 20th Biennale of Sydney Succession (2016) is currently on loan to Lake Macquarie City Art Gallery’s sculpture park, however SLIDINGS is his first exhibition in Newcastle and marks a homecoming of sorts. Raised in the frontier scrub of Caves Beach where he was a tireless scout of its sandstone cliffs, the artist has deeper roots in the industrial suburb of Mayfield where he spent childhood holidays with his grandmother. He recalls ‘exotic landscapes’ of concrete and rusted steel where the scavenger-at-heart roamed industrial junkyards. He was equally transfixed by the billowing pink flumes burning in the Turneresque night sky: ‘I thought that’s where clouds were made.’

North makes ruins anew from the refuse of the mining, steelmaking and building industries. Once a reluctant labourer to his father’s bricklaying, similar methods and materials are now indispensable to his bricolage installations. Using a combination of concrete with aggregates of steel slag and coal ash, his structures are manipulated through technical and chemical processes to create high-polished, gritty or rusted surfaces. The topographic patina is a consistent reference to his family heritage and to the anonymous worker, and while these processes are increasingly mechanised, we are all complicit in our dependency on natural resources, heavy industry and manufacturing.

Responding directly to the internal and external spaces of The Lock-Up, North’s compositions of foraged iron scale, cast spheres and metalwork invite a subtle encounter with the sublime. In the immediate sense, the weighty masses suspended or precariously balanced on columns and plates threaten to slide and crush in a symbolic risk to the viewer. But these hanging, towering gardens also imply cycles of decay and regeneration, and nature’s triumph over culture. A familiar epiphyte, the Port Jackson Fig ficus rubiginosa is a ready metaphor for this resilience, its bonsai progeny commonly observed in the cracks of concrete and masonry buildings as often as in its natural sandstone habitat. North’s passion for plants was ignited as a child, but his art practice has turned the bush-gleaner into a specialist cultivator of rarefied and localised indigenous species. Through his tender nurture of native plants in the artificial conditions of the white cube, air-conditioned gallery, the inert and the sentient are intimately entwined.

Easily seduced by the romance of the ruin and paradoxically alert to the dangers of generational nihilism, it seems possible – utopian, even – to see in North’s ecological creations a future where balance is redrawn if not restored. Here the sublime is more elemental, more infinite: humanity measured against impending environmental devastation. Above the mantelpiece in the original police office, Bourke’s Jimmy Governor watches the door. The painting’s subject is a necromantic ricochet: Governor was an infamous 19thcentury Aboriginal farmer-turned-outlaw whose brutal narrative surfaced in unheimlich ways for Bourke: attending school with descendants of Governor’s first victims, a text on bushrangers found at the Dubbo library book sale and a close encounter with the firearm of his capture. As Sidney Nolan’s Ned Kelly series and Thomas Keneally’s novel The Chant of Jimmy Blacksmith (1972) demonstrate, incendiary tensions and brutal clashes between class, race and gender tend to haunt contemporary lives. Hanged in 1901, Governor was, like Kelly, both violent perpetuator and harassed victim, a phantom-figure who reminds us how entangled histories are.

Bourke grew up in Dubbo in western New South Wales where the complex ideologues of ‘cross-cultural exchange’ between black and white Australians were a gritty lived experience, not theoretically or aesthetically measured propositions. Moving to Newcastle in 2000, for over a decade she made abstract paintings, rough grids obliterated by oil and encaustic wax paint, sutured, scraped back and rubbed down, only to be attacked again from ground zero. Non-referential in narrative terms but emotionally reverential to paint, Bourke’s figurative ‘turn’ of recent years was the natural progression of a storyteller rather than a formal, reverse manoeuvre. When Canadian painter Philip Guston notoriously repealed his lyrical abstraction for object/subjects in the late 1960s, he described it as ‘a true turning over—a heave… as if … metamorphosed …, perhaps from something in flight into some kind of grub.’[2]

In Bourke’s case, the transformation was from the introspection of pure painting to the communicative social space that human, animate expression generates. Her painted heads are locked in grid-form, cheek to cheek. Selected from a continuing series of over 200 works on paper, the subjects are universal ‘types’ and ‘originals’, mythological vagabonds, everyday hobos, loved ones and haters. Less portraits than manifestations of presence delivering fragments of conversation, they are the saintly icons of worship and the selfies of self-obsession; they steal a rough likeness from family and friends and from virtual strangers whose intellect, wit or savagery have arrested Bourke’s gaze across the vast digital panorama of the internet. But they are also you and I: they hold up a mirror.

As Norman Bryson writes in The Invisible Body, in Western culture the longevity of the realist tradition from antiquity onward lends credibility to the ‘body’s endurance as persistent substrate to all cultural enterprise: the work of culture seems only a matter of costume…superadded to the recurrent genetic pattern.’[3] In Bourke’s uncanny gallery of identities and idols, we witness a ‘subtle modification’ in the patterns of social formation, ‘a geological graph of change in the body’s successive epochs.’[4]

So where were we, and are we there yet? Extending his discourse on contemporaneity, Smith identifies three currents in the contemporary composition. The first is ‘remodernist’, residual forms of modernist, postmodern and late modern art that have been sensationalised or spectacularised. The second current, ‘transnational transitionality’, is a series of reactions to imperialism, colonialism and nationalist identities which have evolved ‘an integrated cosmopolitanism or worldiness’.[5] Smith’s third emergent current is yet unnamed, but it is the one we see operating in the interrogations and blessings of North and Bourke’s work: attuned to the immediate concerns of their generation, – environmentally conscious, socially networked and locally responsive – theirs is the shared ‘currency’ that will ‘increasingly set the terms of what will count in the future.’[6] The contract is with the audience to make a chain-gang of relations that can do the heavy lifting for tomorrow.

The University of Newcastle

[3]Norman Bryson, "The Invisible Body," in Vision and Painting:The Logic of the Gaze (New Haven 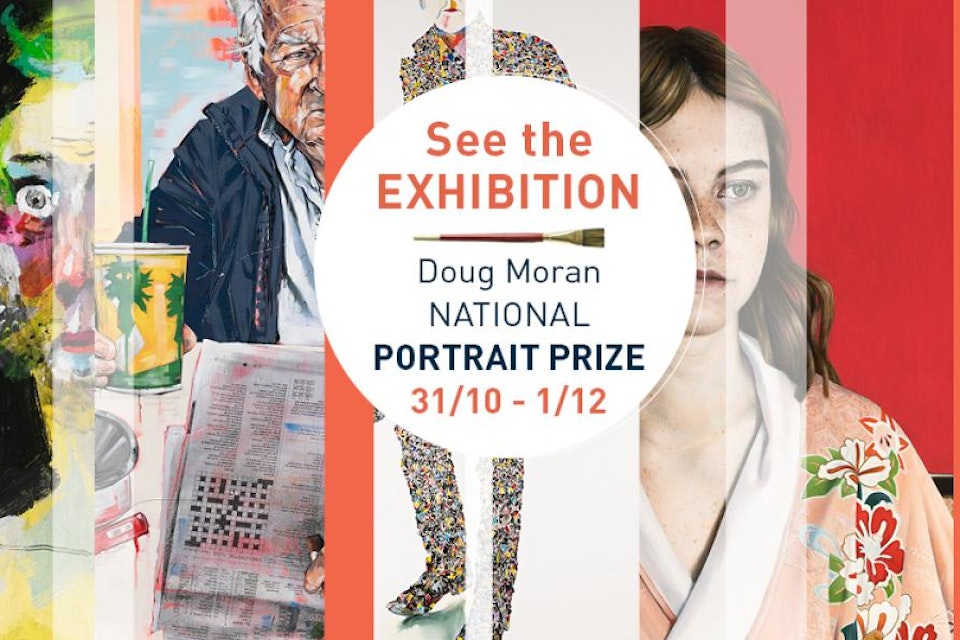 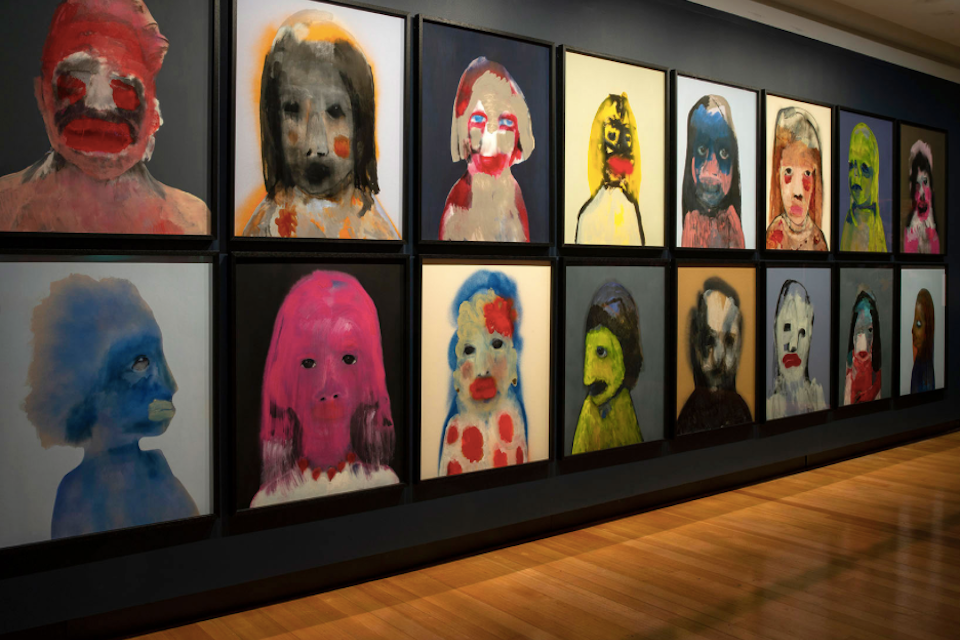 Beyond Reason at QUT 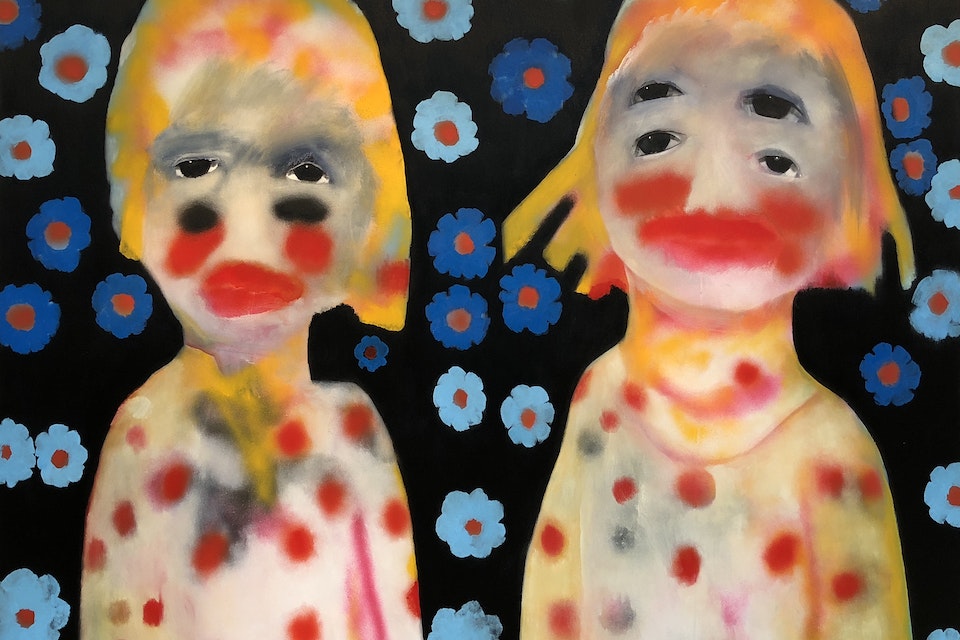